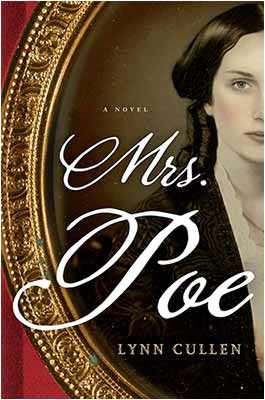 Contrary to what the title might indicate, this book is not a fictional account of the life of Edgar Allen Poe's wife.  Instead author Lynn Cullen presents us with a story narrated by American Poet Francis Osgood regarding the complex relationship between herself, Poe, his wife, Virginia.   Although most of Cullen's book is pure fiction, she begins with a few kernels of truth.  Francis Osgood did meet her husband Charles in the manner included in the book.  He did leave her to fend for herself in NY with their children.  Francis Osgood did have a relationship of sorts with Poe, they did spend time together and correspond with each other.  Poe's wife, Virginia, was sickly and did help foster the relationship between her husband and Osgood.  In fact, biographers say that Virginia Poe actually helped to foster the relationship as she felt that Osgood was a good influence on the unstable Poe.  Most everything else in Cullen's story is pure fiction, which she uses to tell a great story about one of the most interesting figures in American writing.

I really enjoyed the way that Cullen took a historical relationship that was not ordinary to begin with, and made it into a complex interaction between three people who lived unconventional lives.  Through the character of Francis Osgood we get a glimpse of how life was for women writers in the the mid 19th century.  A time when women were still trying to be taken seriously in the field of prose.   Cullen's Poe is a man at war with himself and his various demons.  Given Poe's reputation and his writing, this Poe is entirely believable.  Even the sickly Virginia Poe gets to be more than just a "behind the scenes" character.  I also enjoyed the cameo appearances by other historical figures such as John Astor, Louisa May Allcott, and Walt Whitman and the little historical tidbits that she included such as the origin of the graham cracker.

When all was said and done, though, the thing that I liked the most about this book was the way that Lynn Cullen used Edgar Allen Poe and his life to craft a very Poe-like story.  As the story progresses I began to suspect that something else was going on besides just the historical recounting of the possible relationship between these three people.  Just like a Poe story this book takes a bit of a dark turn, which kept me engaged and came to a satisfying conclusion.

Yes, I was drawn to this book by the title and the idea that it would focus on the life of Poe and his wife, I found, though, that I really enjoyed the story as presented, as well as appreciating the amount of research Cullen did in order to be able to insert the historical kernels that were in the story.  So if you are looking for an interesting take on the story of  Poe, Virginia, and Osgood,  one with a bit of a fanciful twist, this is the book for you.  If you are looking for a serious biography about Poe or his wife, I would skip it.
Posted by lsmeadows at 6:01 PM No comments: 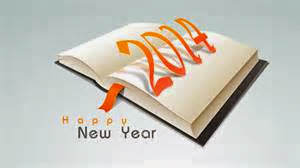 Welcome to 2014.  The last two months of 2013 were a blur for me.  Although I was reading, I was not able to get online to blog or review for the most part.  I apologize for that.  What I was doing was spending a lot of time with my family during the various birthdays and holidays that occurred.  To make matters worse, getting flowing in 2014 has been a struggle, too.  I find that I am in a slump of sorts.  Although I have been reading, and have finished several books, I have not been able to focus on reviewing.  I have been mainly spending my time organizing my reading for 2014 which is now mostly complete.  SO - what is in store for 2014?

Back to Reviewing - My return to reviewing will begin with reviews of the 7 books that I finished in 2013 during the months of November and December.  My goal for 2014 is to post three reviews a week, on Monday, Wednesday, and Friday.

Clearing my TBR  (2014 Highlight Challenge)
Along with reading new books for review, this year I want to concentrate of clearing my TBR.  I think I have 889 books that I own and have never read, and a number of books that I have wanted to read for 5 years or more.  Three of my groups are hosting TBR reduction challenges this year with the LOST (Longest On Shelf To-Read) Challenge, the Mount TBR Challenge, the Moving Mountains Challenge, and the From The Stacks Challenge.  The books on some of these challenges overlap, but some of them have very specific rules and do not.  This will be my 2014 Highlight Challenge, much the same way that Short Stories were my 2013 Highlight.  Reviews for these books will be posted on Wednesdays.

Short Stories - Once again I will be reading a short story a week during 2014 and will post the list and ratings on the 2014 Short story tab.

Other Challenges - Other challenges I have slated for 2014 include some Royalty History based challenges, Challenges where books are recommended by other users, genre challenges, monthly designated letter challenge, monthly key word challenge, and of course, the regular slew of monthly, seasonal, and bi-monthly challenges that the various groups come up with.  You may see me write about them as the year progresses.

Hope you are all having a great beginning to 2014 with lots of reading enjoyment!

Posted by Unknown at 4:30 PM No comments: